Got your pass? Check. McLaren kit? Check. Okay, good, now switch off your phone and follow us through the glass doors and into the Paddock Performance Centre. Grab a coffee on your way in, and we’ll get started with our engineering briefing for the Singapore Grand Prix.

The Marina Bay Street Circuit may have been a regular feature on the Formula 1 calendar since 2008, but we haven’t been there in three years, and we’re returning with much-changed machinery and the new 2022 regulations, so we’ve got plenty to do ahead of qualifying. As you may have spotted during the first free practice session, we’ve brought upgrades to Singapore, so we’ll need to go through those too.

Singapore’s street circuit is arguably the most physically challenging track we race on, with high temperatures, high humidity and a bumpy surface giving drivers a real workout through the 23 corners.

Tom Stallard is leading this weekend’s briefing and will look to make sense of what we are expecting from the MCL36 around the 5.063km circuit. Take notes if you need them, but please keep them to yourself.

The big item this weekend is an upgraded car. Lando will be running the upgraded package, with a new floor and sidepods. Understanding this is going to be a key goal across practice. Daniel’s running the older package and will be providing the baseline.

Beyond that, it’s our first time in Singapore since 2019, and there’s all the usual Marina Bay things to assess. Track temperatures have a big impact at this circuit, and the FP1 and FP3 sessions can be very hot – but we’ll still need to use them to get a good understanding of how the tyres will perform this weekend.

Being a street circuit, there’s a lot of pace to be found in having a comfortable, confident driver. Typically, we like to give them more practice laps – but between the longer lap here in Singapore, and the shorter practice sessions we now have on a Friday, it probably won’t look much different to any other weekend!

Hesitancy over that question comes from looking at the Hungarian Grand Prix back in July. The Hungaroring used to have a similarly strong qualifying bias – but there was a lot of overtaking in the race this year. Singapore could potentially be similar. 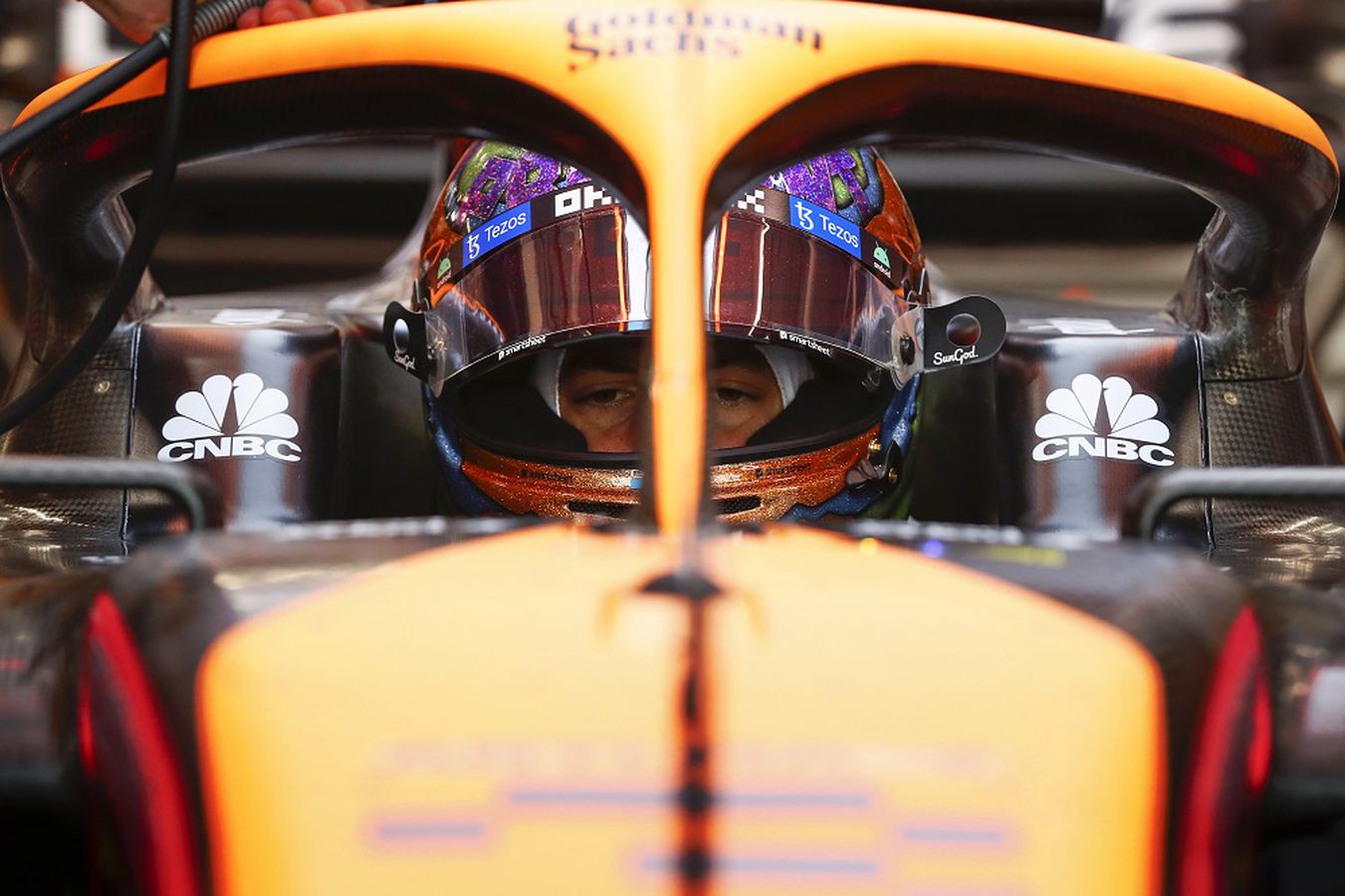 We need to establish how overtaking has changed here compared to previous years and also how the Medium tyres cope on long runs, and whether we’ll want to take extra sets of the harder compounds into the race, or are happy going in with that many Soft tyre sets. Those are the major strategy questions to answer.

A lot of that work will fall to Daniel, running the baseline package, which will free up Lando to do more set-up development work with the new package.

We’re not sure where the best overtaking spot is going to be. Following through the final corner will be easier with these cars, freeing-up overtaking into Turn One – but potentially, the cars will be able to follow more readily through T5, for overtaking into T7, and T14 at the end of the other DRS straight might also get more action.

Whether ‘easier’ means ‘more’, is something we’ll need to find out.

On the subject of set-up, Singapore is a very bumpy circuit, and naturally, there will have been some resurfacing work on the city streets since we were last here. It doesn’t tend to have a big impact on the racing because, like Monaco, the bumps tend to remain in the same places – but we’ll want to make sure that’s the case early in FP1.

What has changed is our cars. With these 2022 cars, we need to run a lot stiffer than we have in the past, which is going to be quite a challenge. We need to find out what we can and can’t do in relation to the undulations in the surface. 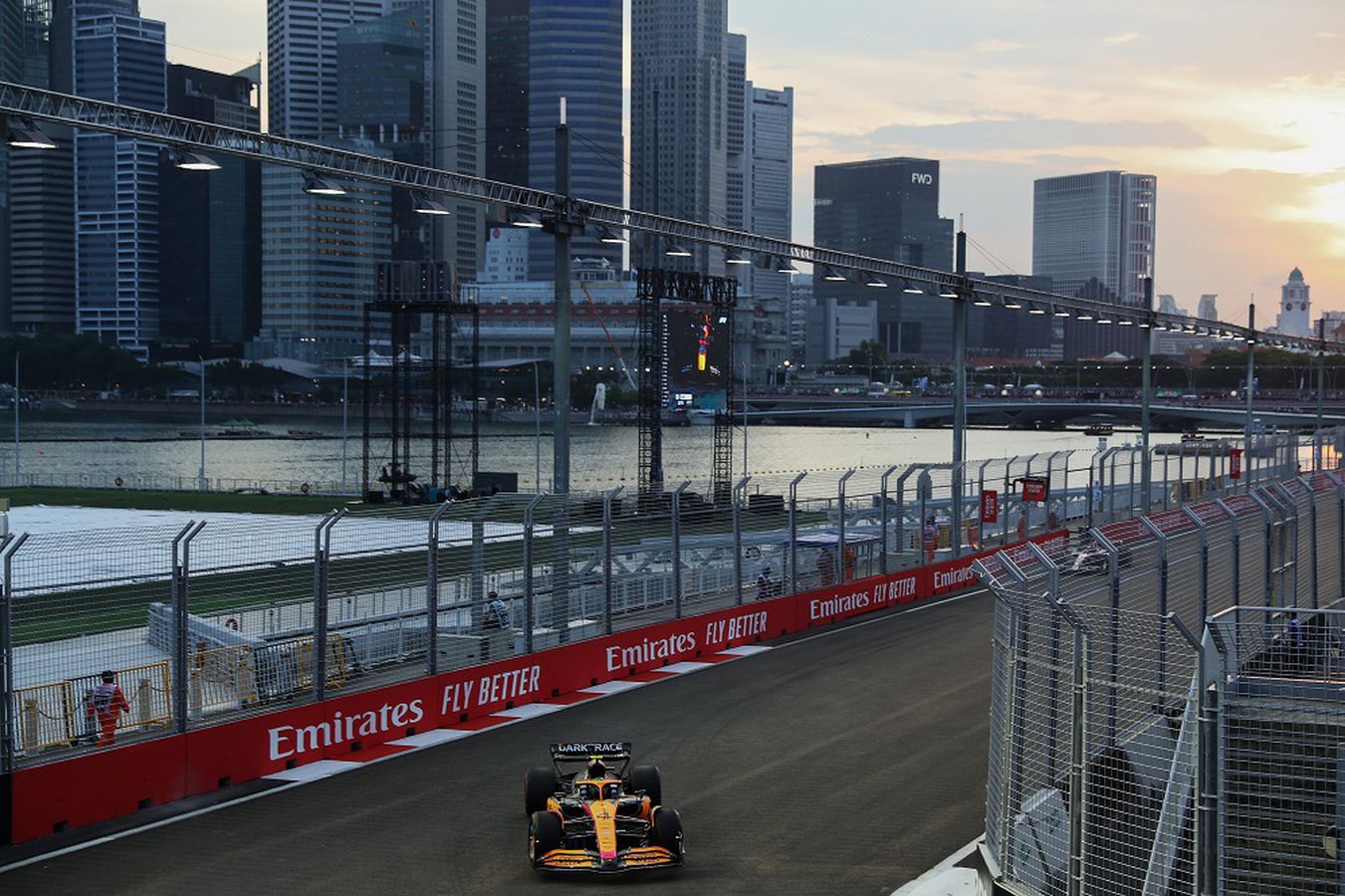 Cooling will be interesting too, and there’s potential for cooling the car to be tougher this year than it has been before, simply because these cars are designed to follow another car more closely, for longer. Obviously, sitting in traffic, right on someone’s gearbox for an extended period, will be an issue for the cooling package.

The caveat is that, perhaps, you don’t have to. Again, if we discover overtaking is easier this year, then there will be less time spent following. It’s something we saw in Hungary, where the trains didn’t form, and people pitting into traffic didn’t get stuck behind slower cars.

On this subject, brake cooling is something we’ll be looking at closely. It’s a tough race for the brakes. While you can do some lift-and-coast to help, it’s a race with a lot of braking points and very few opportunities to cool the brakes between those points. Again, when following other cars, that can be a problem.

On a permanent track, the standard way of dealing with this is to move off-line – but street tracks tend to be very dirty off-line, and so it isn’t so straightforward to pull out of the tow. We’re not expecting big problems – at this point in the season, we have references, and we didn’t have issues in Monaco – but obviously, we need to be sure.

Briefing complete. Time for Lando and Daniel to head out onto the track so we can collect some data and put our hard work to the test.

After more than three years, two of F1’s most spectacular races are making their comeback

THIS COMPETITION HAS NOW CLOSED

McLaren Plus is our free-to-join fan engagement programme, bringing McLaren fans closer to the team with the most inclusive, rewarding and open-to-all fan programmes in motorsport.

Sign up now, or current members can amend their details in the form below if necessary.